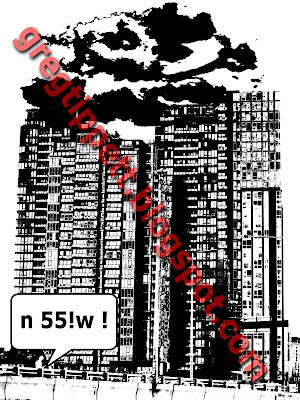 'n 55!w !' or 'I miss u', idea was from a text message in a Hong Kong Movie called 'Love in a puff'. Basically this movie is about the relationships that come from standing around outside smoking. I was lucky enough to see this film in the Melbourne International Film Festival 2010. It had some great visuals of Hong Kong, like the high rise buildings.

The original version I didn't have the message coming out of someone, but now I do. In the movie the lead character Jimmy was sending a message to Cherry who he had just dropped off at her appartment.

The Image below is not from Hong Kong, but apartments around South Bank or is it South Melbourne area. 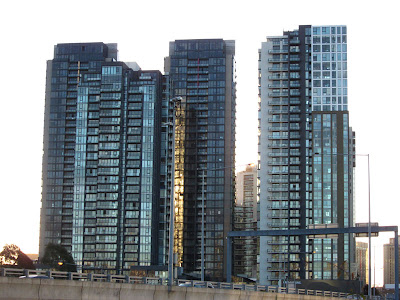 You can get a T-Shirt of this here at Redbubble.
Posted by Greg at 12:22 am