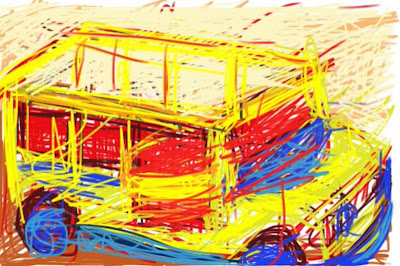 My second attempt at using an Iphone to make some art, you can find the first one here. It's of a troy truck that my Niece was playing with at my Mum and Dad's house.

One of the problems with the program (Sketch Book Mobile X) I found was a few area's you couldn't draw in, mainly the bottom right had corner; and the zooming and page scrolling was a little tricky to get used to.
Posted by Greg at 6:06 pm No comments: 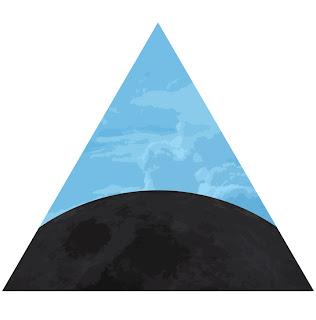 An idea that I've been playing around with for a while.

Last night at about 11pm, I then thought maybe I should put a wolf in the centre with sunglasses, and lasers, but unfortunately it's a little hard due to not have the old Wacom, which makes it easy to adjust pictures.

You can get a T-Shirt with this on Redbubble
Posted by Greg at 11:22 am No comments:

First attempt at some Iphone art 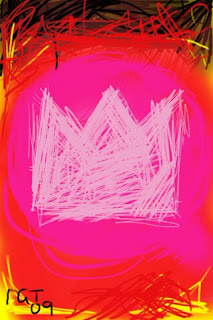 I posted here some time back about making art on iphones, and I finally did it, well not on my Iphone but on Queenie's. It's a logo I've been playing with for her YouTube channel, it has a letter 'Q' with a crown in the middle. The inspiration is fairly clear with this one coming again from the works of Mark Rothko.

The program I used to do this was Sketch Book Mobile X, which was the lite verison or free version. I found the zooming and moving around the canvas a little difficult, and using my finger wasn't the best, I may have to hunt down a pen like this one to use.
Posted by Greg at 6:22 pm 2 comments:

Merry Christmas and all the best for the New Year
Posted by Greg at 1:22 pm No comments: 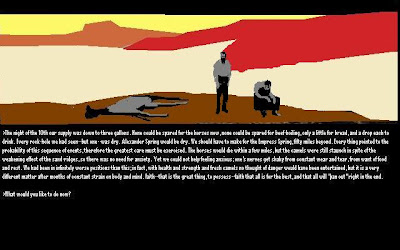 I had this idea the other day for a T-Shirt design, like one of those text and image role playing games from the late 80's early 90's, but with an Aussie twist, then I realised that in 1990 when I was in year 7, or was it year 8, we used to play this game called Gold Mine or Gold Rush on these BBC computers.

I found the above text from http://gutenberg.net.au/pgaus.html and is from a book by David Carnegie (1871-1900) called Spinifex and Sand. The picture was in created in the wonderfull Microsoft Paint, where I used a picture of the WA landscape mix with a dead horse and an old picture of Bourke and Wills. I painted of these to try and get some sort of 8 bit computer game feel to it. Microsoft Paint is such a basic tool for making things, but sometimes that can lead to making something very creative.
Posted by Greg at 5:53 pm 2 comments: